The Great Mahakala Puja: Clearing Obstacles Before the New Year

After the conclusion of His Holiness’ teachings on Gampopa’s Ornament of Precious Liberation, Tergar shrine room was rearranged to enable the nuns to offer the end-of-year Mahakala Ritual, known as the Gutor, because it concludes on the 29th day of the Tibetan month. A shrine to Mahakala Bernakchen, the two-armed Mahakala who protects the Karma Kamtsang, was erected to one side below the stage. Special tables for the puja texts and large green, hand-held drums were brought from the store-room. Meanwhile, in the chöpöns’ preparation room, at the back of the Monlam Pavillion, the chöpöns were busily making a range of tormas.

The end-of-year puja was in three parts.  It began in the afternoon of February 20th with the Short Mahakala Puja. On February 21st and 22nd, the nuns offered the Extensive Mahakala Puja culminating in the Ritual of Receiving Siddhis early in the morning of February 23rd. Finally, also on 23rd, they offered the Sang puja—the purifying smoke offering to the protectors.

The purpose of these rituals is to make offerings to the protectors  in order to purify any negativities accumulated during the year about to end, and to clear away obstacles for the teachings and all living beings in the year to come. Mahakala Bernakchen consumes all that is negative, all adverse conditions, and destroys the enemies of the teachings. This year’s rituals were dedicated especially to clearing obstacles encountered by His Holiness the 17th Karmapa.

Drupon Dechen Rinpoche presided over the rituals which were led by the Dorje Lopon from Tilokpur nunnery; the umdzes, the musicians, and the chöpöns all came from Tilokpur. The shrine room filled with a glorious combination of the clear, resonating voices of 400 nuns, the steady beat of the hand-held drums, the other-worldly wailing of the kanglin (thigh-bone trumpets),  blasts from the Tibetan horns, and the deep rumble of the two great drums.

(Click on the image below to view slideshow/photo album) 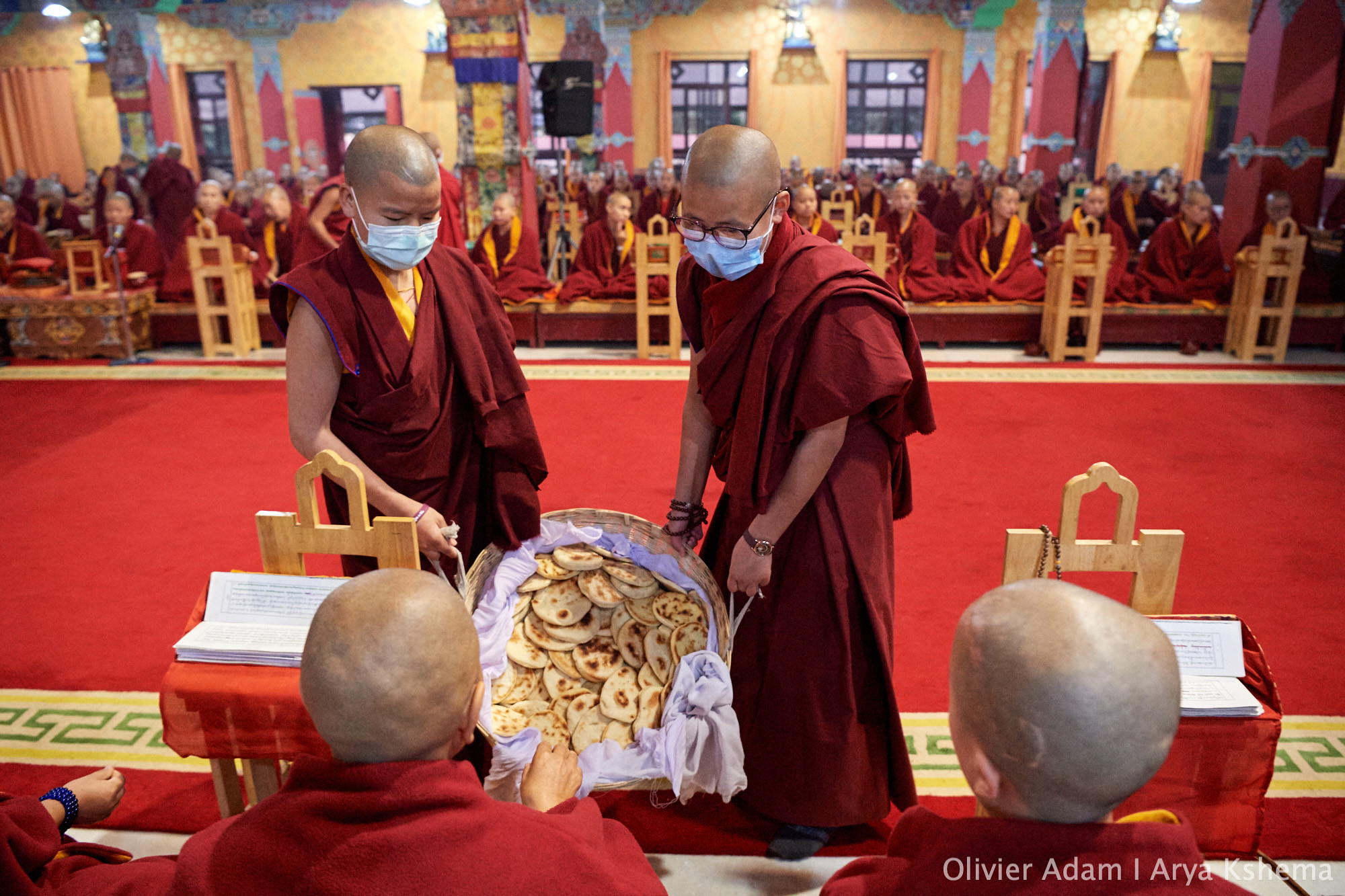